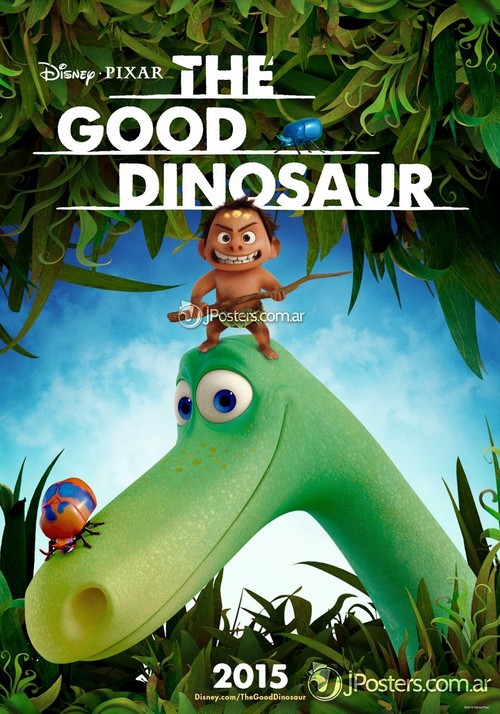 The Good Dinosaur debuts its official teaser trailer for 2015 from Pixar! Watch it today with a trailer review!
Pixar’s The Good Dinosaur Gets First Trailer
Toy Story studio’s next movie gets its first trailer.

Pixar on Tuesday released the first trailer for The Good Dinosaur.

The Disney-owned Toy Story studio’s latest animated film takes place in a world where dinosaurs didn’t get wiped off the face of the planet by an asteroid.

Pixar veteran Pete Sohn (Finding Nemo, Ratatouille) is making his directorial debut with The Good Dinosaur. He explains to Yahoo Movies that the film, which opens on Thanksgiving, is a boy-and-his-dog story. Arlo, an adolescent Apatosaurus named Arlo is the boy, and a young human named Spot is the dog.

“Arlo himself is what we would have become, able to articulate and have certain emotions and connection to family,” Sohn said. “They’ve become us, essentially… I’m trying to treat Spot in a very kind of animalistic way, where he doesn’t speak very much. He’s very feral.”

After a traumatic event unsettles a lively Apatosaurus named Arlo, he sets out on a remarkable journey, gaining an unlikely companion along the way – a human boy.